Out and about in South Cornwall today on a mission to photograph Cirl Buntings for a scientific study. I found both ringed and unringed ones so I have sorted through my images to publish the unringed ones. The Cirl Buntings are coming into their stunning summer colours and a male and female are shown below.  The Great Tit and Blue Tit just happened to be passing by and looked so great they deserve to be here. 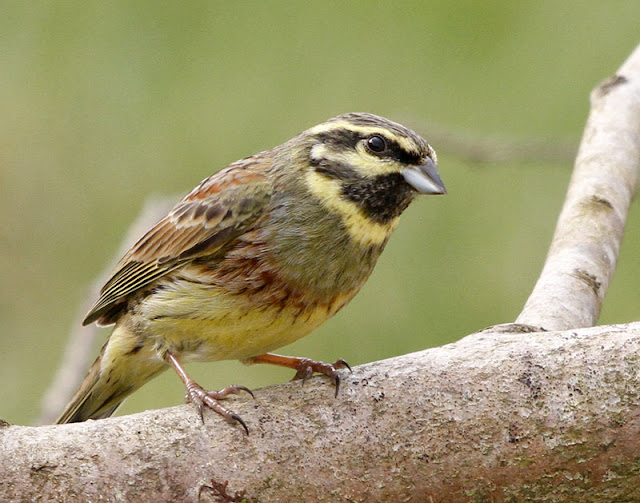 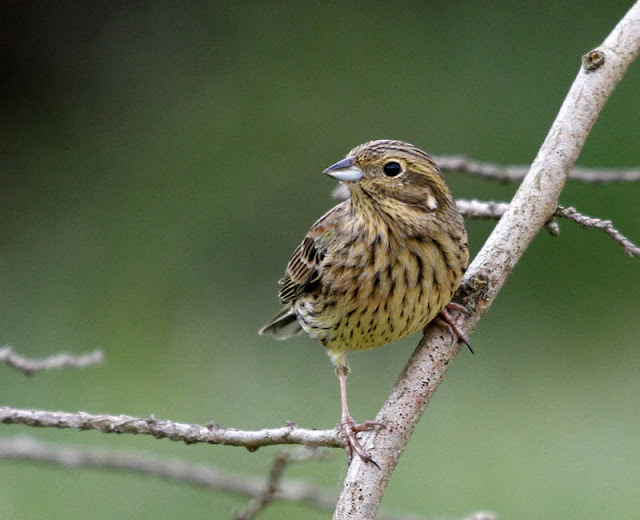 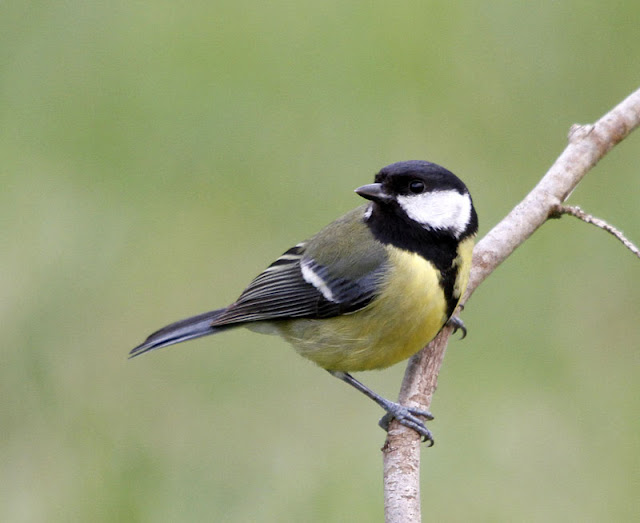 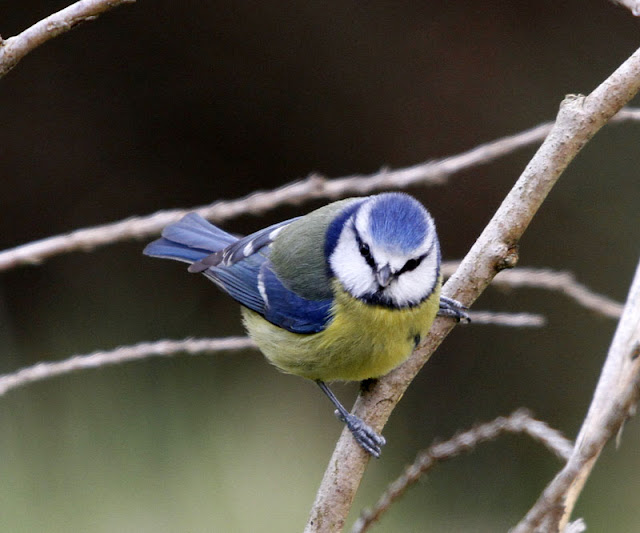 Posted by Paramount at 18:45 No comments: 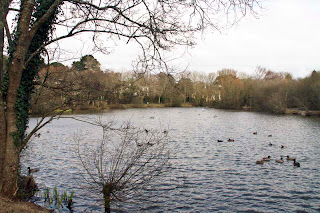 St. Adrews Road Pool, Par, Cornwall is not very large and is bordered on two sides by minor roads and on the other two by the remnants of Par Marsh and lies just behind the station.
It does however have a large population of resident ducks and geese and occasionly throws up some of the less usual species.


Today it was the turn of four Goosanders to put in an appearance, three redheads and a stunning drake. These shy birds offered good photographic opportunities since they came relatively close but the drake in particular was difficult in that his plumage offered enormous contrast between light and dark. 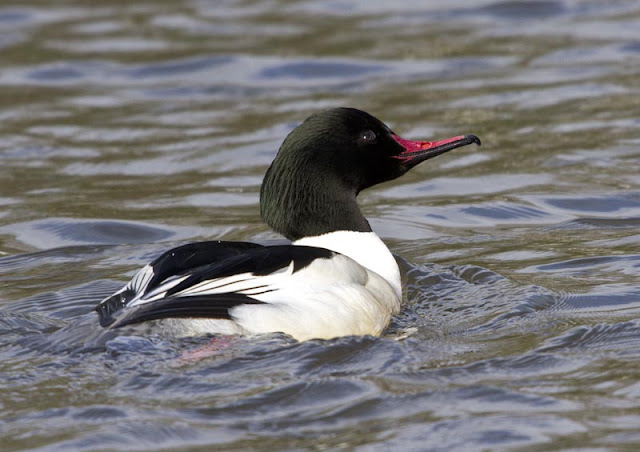 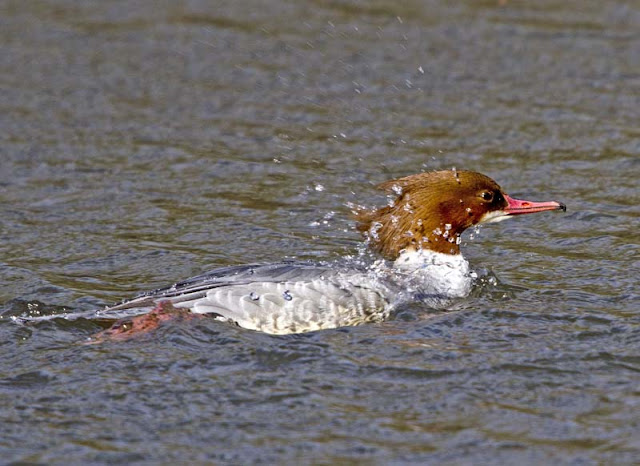 Posted by Paramount at 13:31 No comments:

Email ThisBlogThis!Share to TwitterShare to FacebookShare to Pinterest
A foray onto Bodmin Moor yesterday looking for the Smew and Lesser Scaup reported at Siblyback Lake. A complete circuit around revealed no sign of the Smew but came across what I believe is the Lessern Scaup at the northern end. I met Derek Julian as I was leaving and he confirmed that the bird was in the area where I had been photographing. So that is good enough for me, but doubtless somebody will inform me if I am in error. The sun of course was in the wrong position and since I can't walk on water and the bird was distant the images are just a record of a rare visitor.
Update: I couldn't resist going back again today (16th Feb). Although overcast, paradoxically the light seemed better and I think this first picture is somewhat better. Still 50m away though. 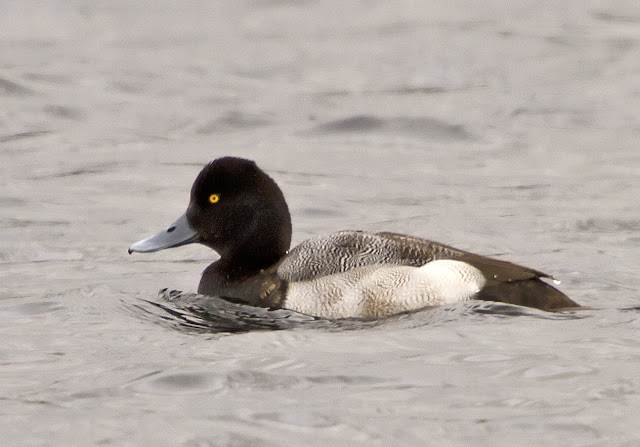 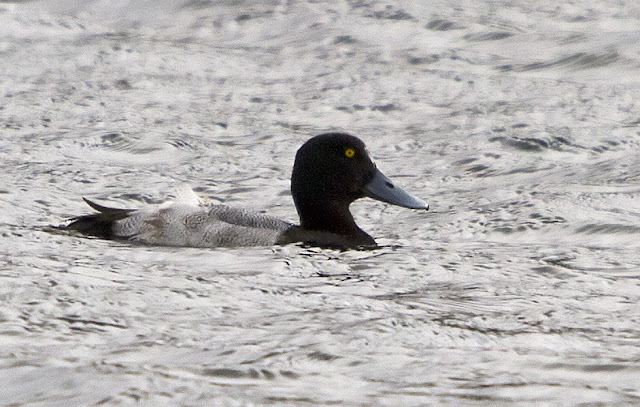 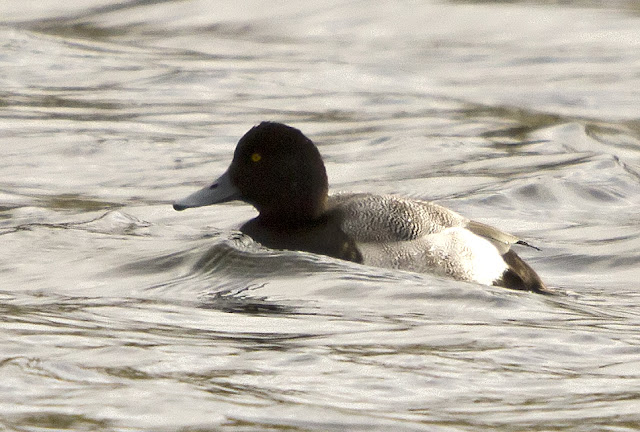 Posted by Paramount at 09:12 No comments:

A day out with the Cornwall Wildlife Trust Photographic Group to Marazion. Not the best of light for photography but I was able to catch up with the Water Pipit at the Red River mouth, some Bar-Tailed Godwits on the beach and a Buzzrd on the Marsh. 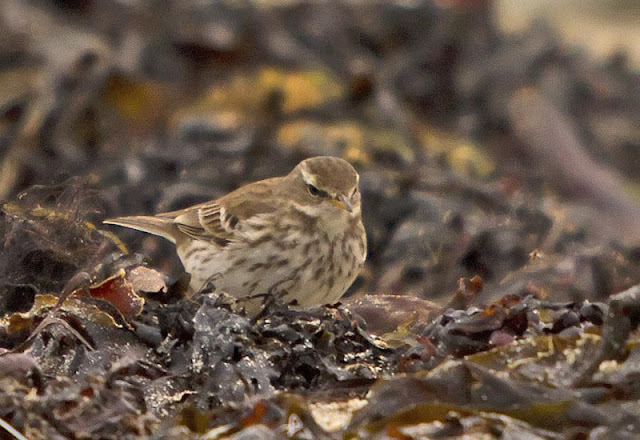 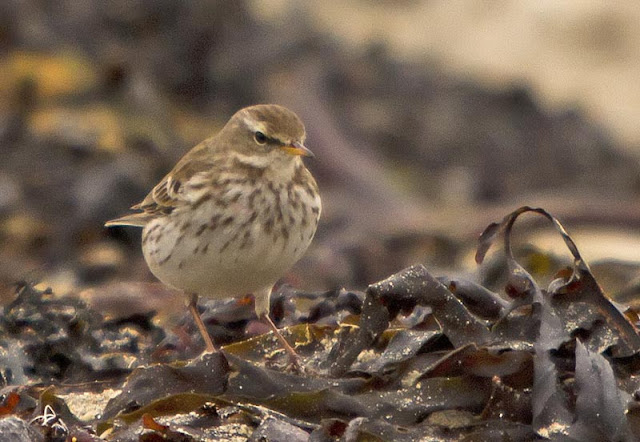 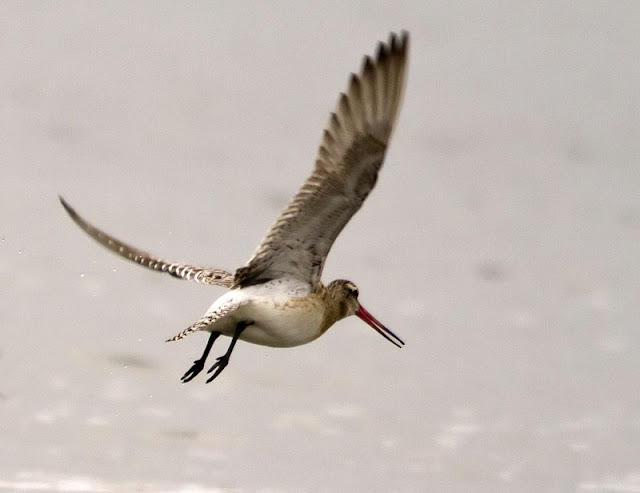 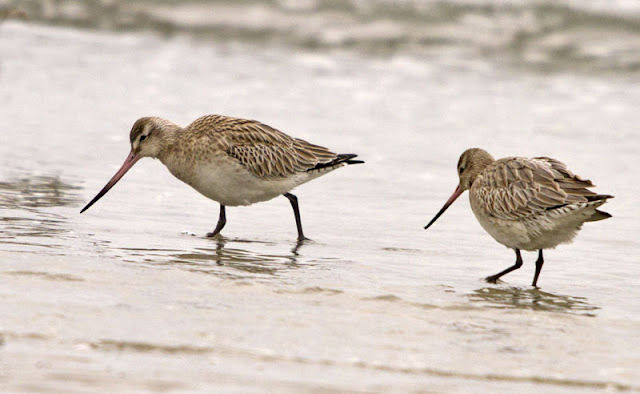 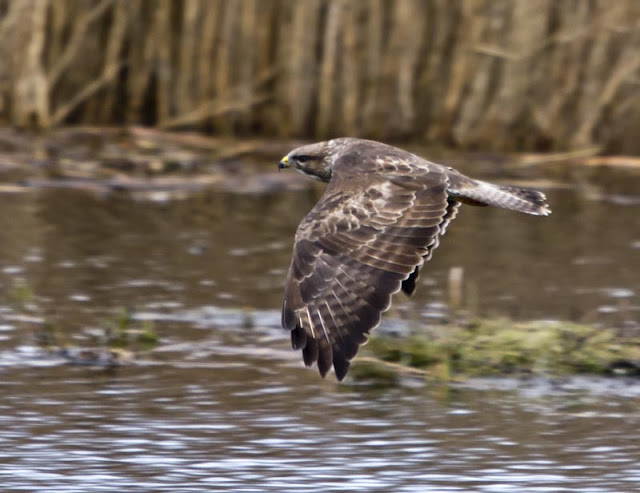 Posted by Paramount at 22:41 No comments:

No Goosanders this morning at St. Andrews Road but there were three incuding this Drake at Par Beach Pool. Unfortunately a low flying helicopter flushed them and they flew out into the bay. 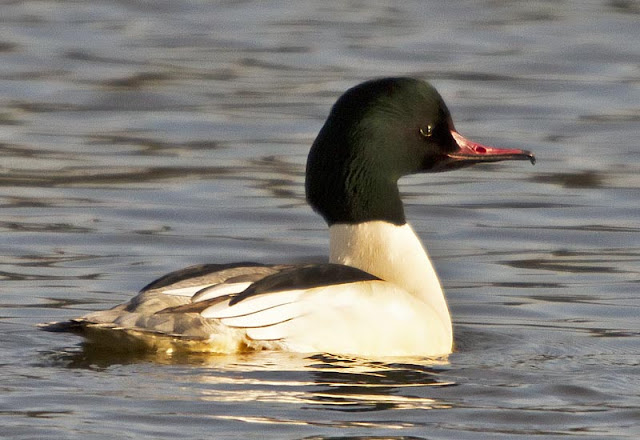 Some welcome visitors to St. Andrews Road Pool this morning were three Goosanders. 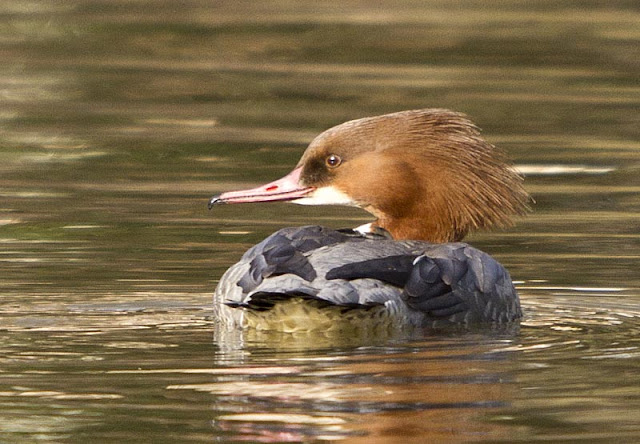 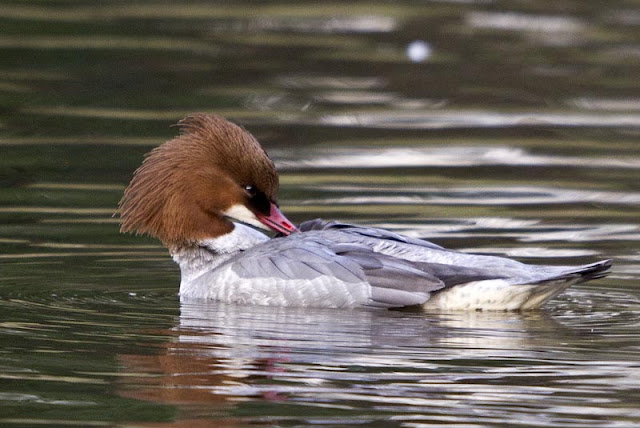 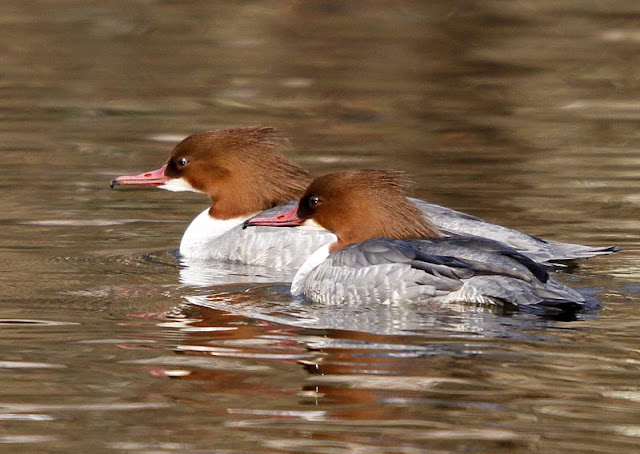 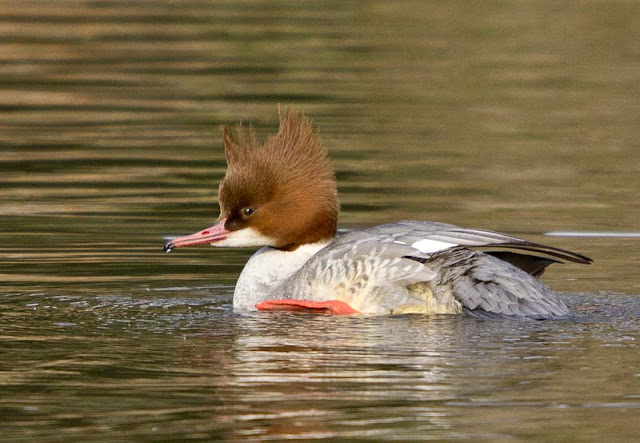 Feeling a bit frustrated with the weather today I cast around my garden looking for suitable subjects and came across this rather wonderful fungus on a tree stump. Has anybody any idea what it is? 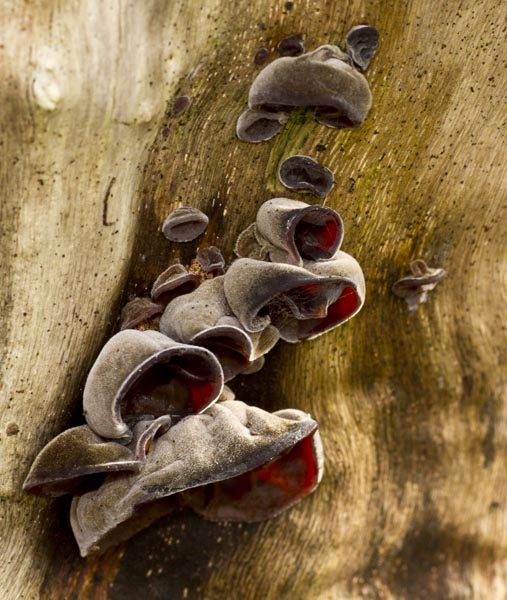 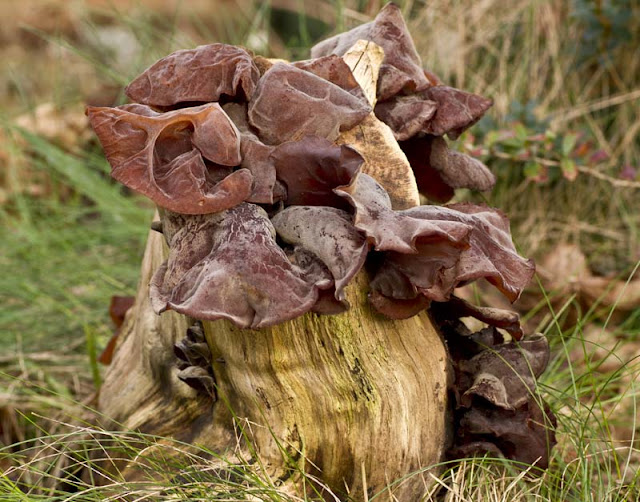 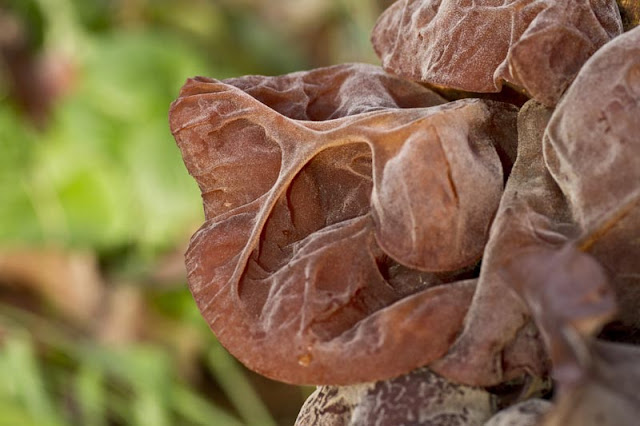 Up early this morning to catch some stunning pictures of  Bodmin Moor covered in frost at first light. The only problem was that there was next to no frost despite the very low temperatures. However I did the next best thing and photographed some of the scenery and this rather intriguing water filled hole with layers of ice  reflecting the blue of the sky.
So it was back to Par Beach Pool which was 60% frozen and where I found this Oystercatcher making the best of the conditions.
Then on to Spit Beach. There was no sign of any Black Redstarts but  six Grey Plovers were on the rocks at high tide. 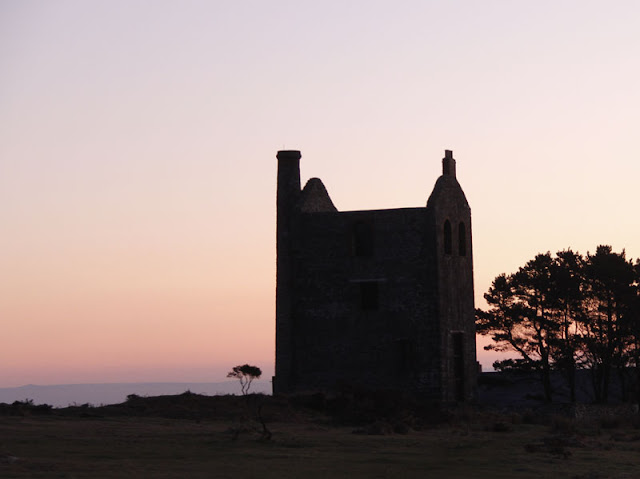 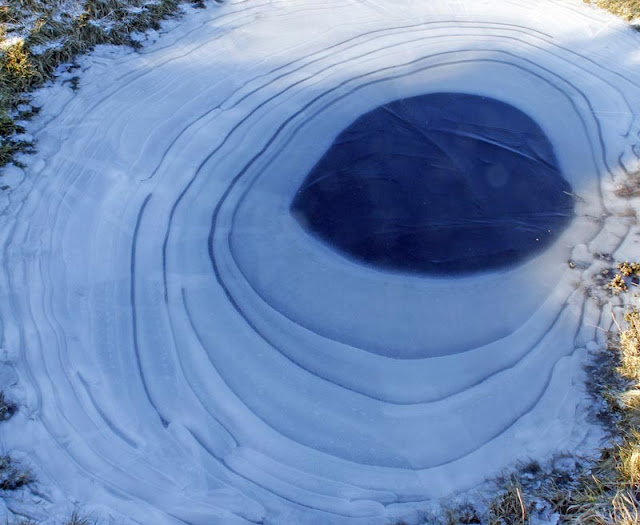 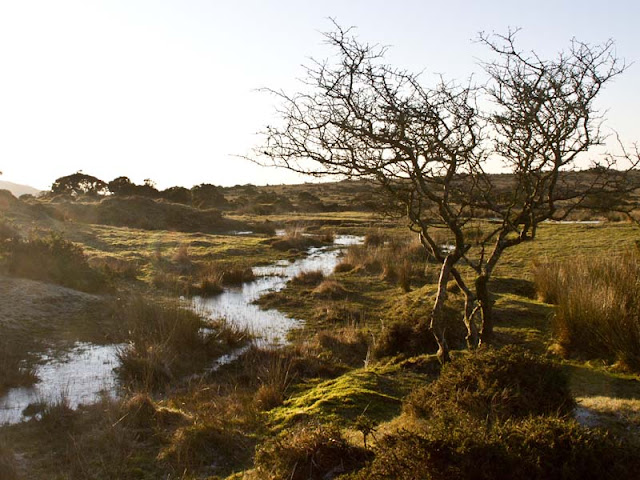 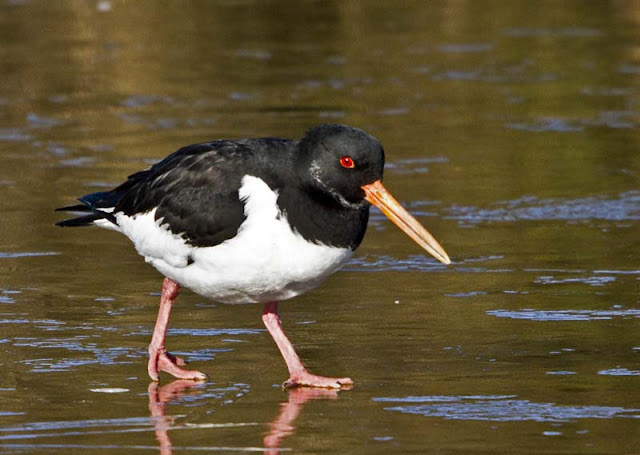 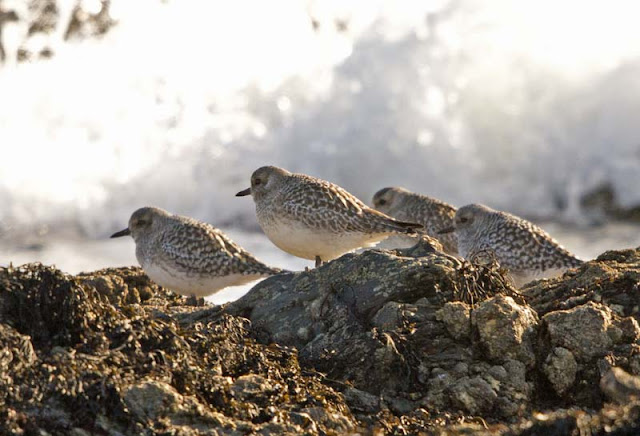 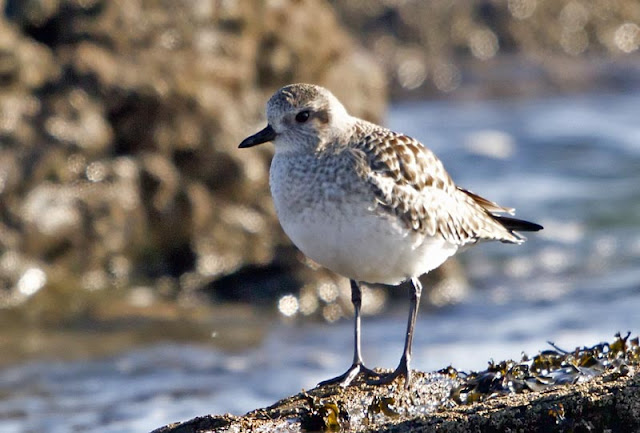 Posted by Paramount at 19:47 No comments: